Why I Made the Leap From Pescatarian To Vegetarian 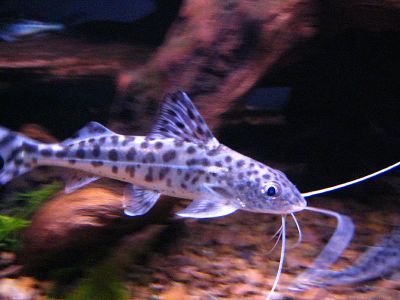 Welcome to my ‘tongue-in-chic’ life, style, and happiness blog from a funny princess point of view!

Today I’d like to talk to you about why I made the leap from pescatarian to vegetarian.

We learn in The School of Practical Philosophy that to be who you really are, you need only let go of who you are not. Those words took me a long time to understand, until yesterday.

I came down to breakfast as I usually do, with a smile on my face to greet the morning. When I reached the living room where our fish tank is, my husband told me that our little catfish was dying.

I hadn’t realized I had an attachment to the catfish. She was one among four other fish in the tank of the non-cat variety.  She had a set of wonderful, wiry whiskers, and unlike other catfish we’ve had the pleasure to know, she was rather frisky and entertaining. She loved to swim up and down the side of the tank so fast it looked if she were dancing to some silent underwater ballet. That acknowledgement of her talents was about the extent of our relationship.

I approached the tank to observe the fish for myself. She was in the corner, draped over the air tubing, and she was barely breathing. You could tell because her gills were hardly opening and closing. Her tail and her whiskers were moving, not on their own, but from the flow of bubbles and movement of water in the tank. It was heartbreaking to look at her and see how she was still trying to breath.

I pressed my face to the glass to get as close to her as possible. The look on her little fish face made me cry.  The hardest part was to see her suffering. I could see it in her eyes as well as in her struggles. I started talking to her to try and see if a human’s words could help.

I began speaking words of encouragement and gratitude for her life. “Oh, little fishy, oh! You can do it! I know you can get better.  We love you! You make us so happy. We love how you dance in the tank. We are grateful for you!”

I didn’t want my little fish to leave without telling her that I cared about her, cared about her life, cared about the fact that she existed. That although she was a small little creature who couldn’t speak my language, who couldn’t live in my world outside the tank, she was significant. She mattered. She had meaning. She had a world. And she was as much a part of this world as I was. I suspect that coming to this understanding was part of the reason I was crying. That, and her suffering.

Who knows? Maybe a miracle would happen.

Her eyes connected with mine.  It was astonishing how she seemed to be aware of me. Aware of my attempts to connect with her. It was almost as if she were asking me for help.

For a moment, we both got that miracle.  The little silver catfish started to rally, began to move her tail from side to side and tickle the water with her whiskers, but this time not from the water bubbles but on her own.  And she was opening and closing her gills a tiny bit more energetically. She was trying to swim free of the tubing she had settled on, or that had just been in the way when she could no longer move.

With all her strength, she wiggled and wiggled and she swam! She was trying to live! But it was a small victory.  Just as soon as she swam off the stabilizing tubing she began spiraling as if in a watery wind tunnel. She had no bearings. She was floundering. The end was written on her scales. Somehow she got back to her spot on the tubing.

My husband put some stress chemical in the water to see if that could help, and we sat down to breakfast. After we finished, I checked on the little catfish.  She was still on the tubing. Still breathing, but barely. We went on our walk. When we returned, I went up to the tank again. I could see her eyes were glazed and her gills were shut. There was no more life force movement at all.

I am no longer a person who eats fish.

HEY FABULOUS YOU! Don’t forget to SUBSCRIBE to be part of my kingdom! Woohoo! You’ll get periodic posts for your happiness, optimism, and positivity PLUS updates on the fun & frolic that happens here! CLICK HERE