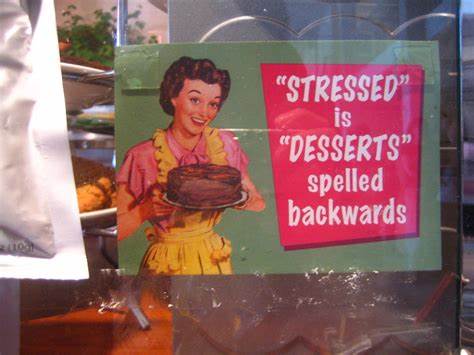 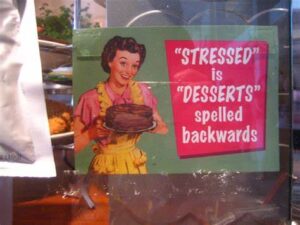 Welcome to my ‘tongue-in-chic’ life, style, and happiness guide from a funny princess point of view!

We’re often told that we should sail in the direction of our dreams.  That’s great, but we’re not often told how choppy the waters are on the way. Especially in the beginning when we’re just getting our sea legs. We’re not prepared for the rough waters facing us as we launch our boat. We don’t foresee the stressful moments that make us question our talents.

My princess edict for you today is don’t let the choppy waters you encounter at the start of your journey make you turn your boat around and head back to the shore away from your dreams.  Everyone faces stressful times on their way.  It doesn’t mean you’re chasing the wrong dream.

When I started my career as a lawyer, I certainly didn’t think I was Clarence Darrow, but I had enough gumption to start my own law practice in a quaint New Jersey town after a stint as an associate. My office was located on the first floor of a building next to a train station parking lot. My very first law client was a “walk in” off the street. I was excited to have any clients at all, so I didn’t question the method of his engagement. After all, wasn’t getting a “walk in” one of the benefits of having a first-floor office?

The guy looked around my office, stopping to investigate each diploma and certification on my walls. After a few moments, he asked me how much it would cost to have his name changed. Nothing weird about that request. I pulled a number out of my head as I had no idea what something like that should cost. I had never done a name change for a client. I had never had a client! The next thing he asked me was weird, however. Weird and disturbing…in a huge way. He asked me what it would cost if he had to change his name lots of times. Bells and whistles of alarm went off in my head. Why would any normal, law-abiding citizen want to change his name multiple times? The only answer I came up with was scare-yyyyy.

I didn’t know what to do. The guy was standing right by my desk and I couldn’t just ask him to leave.  I told him it probably wouldn’t be that much, but I’d have to get back to him on it.   He looked at me with a huge, menacing sneer, pointed his finger in my face and said with a rich, southern accent “You mess with me… and I’ll burn your house down!”

I was lucky. My secretary at the time was very tall, and very protective. I never saw the guy again, thankfully. Though I was shaken that my very first client was a major league creepy guy, I didn’t let it stop me. I continued with a rewarding legal career for many years before choosing to transition to my next calling as a writer and motivational speaker.

As a woman physician starting out in the early 1950’s when it was somewhat rare to see women physicians, my mother, Gerry Young, faced similar sputters. One of them occurred during her residency in New York City while my mother was examining patients. She opened the door to one  particular examining room where an older gentleman was sitting on the table.  As she entered the room, this gentleman was astonished to see the person wearing the white coat and stethoscope was a woman. As my mother greeted him and moved forward toward the examining table he said to her, “Are you the doctah?” My mother responded, “Yes, I’m the doctor.”  The gentleman sniffed with distaste and replied, “If you’re the doctah, I’m not sick!” And that was it. He wouldn’t let her examine him. She went on to be a successful cytopathologist.

When we see someone operating in the sphere of their dreams, we never seem to think about the crappy stuff that happened to them when they first started out. We should remember that it probably wasn’t all smooth sailing in the beginning. Sometimes not in the middle either. Heck…maybe not even in the end. I don’t think it’s ever smooth sailing on the road to our dreams. Whether you’re a fine artist, a banker, a baker, an attorney, a screenwriter, a life coach, there are always more challenges that land you in deeper waters and you find yourself navigating by the night stars. And guess what? On a cloudy night…you’re just gonna have to wing it. And keep going.

Here’s the key: don’t let the choppy waters sink your dreams, whether in the beginning, middle or further on as you move along and chart your course to the stars.

Don’t go yet!  If you like what you read, you’ll want to SUBSCRIBE to my posts so you don’t miss secrets and tips I send periodically for happiness, optimism, positivity, and wellbeing plus updates on the fun and frolic that’s happening in my kingdom! CLICK HERE