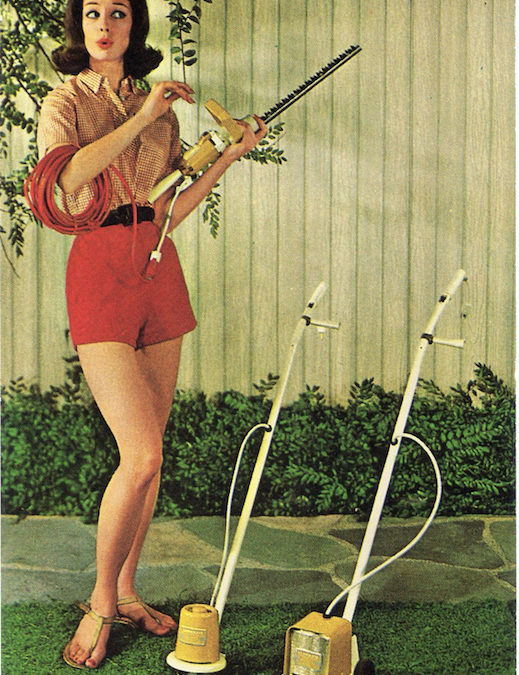 I’m Princess Diane Von Brainisfried and it’s a joy to welcome you into my kingdom where Happiness Rules!  Becoming happier is not something that just happens.  It’s like a muscle. What you exercise becomes stronger and what you don’t, weakens.  In my kingdom, you’ll strengthen your happiness muscles by learning the Royal H.O.P.: Happiness Habits, Positivity Practices, & Optimism Opportunities that empower you to live your royally happy, radically fulfilled, richly meaningful life! And the coolest part is, by becoming happier, you lift up those around you. If you know someone who could use a royal dose of happiness, by all means take a moment to share.

Today I want to share with you one of the biggest secrets of success, and it’s hidden in the secret of Vic’s lawn. I once had a neighbor named Vic. He had the most impeccable, verdant lawn I have ever seen. You know how they say the grass is always greener at someone else’s house, meaning it’s not? Well it was.  Vic’s grass was greener…greener than mine, greener than the guy across the street, greener thaneveryone’s.  It was kind of a neighborhood joke, but underneath, everyone, including me, was kind of green about it.

When I would take a walk around the neighborhood and passed Vic’s lawn, I sometimes thought of that line in one of my favorite movies, My Cousin Vinny, when Vinny, the rookie defense lawyer, made toast of the prosecution’s witness who said it only took him five minutes to cook his non-instant grits. Vinny snarls, “How could it take you five minutes to cook your grits when it takes the entire grit-eating world 20 minutes…Were these magic grits?”

Because when it came to Vic’s lawn, he could have convinced me he did have a magic lawn.

I thought of the many possibilities that might be the reason for this extraordinary neighborhood anomaly. Perhaps it was the angle of the sun on Vic’s lawn. Maybe he had a perfect filtering of light through the perfect number of trees. Maybe he had special trees. Maybe somehow the moisture retention and drainage on his lawn was different. Perhaps his property was angled in such a way that fostered this perfection.  Maybe there’s such a thing as lawn karma.

Admittedly Vic did put a palace pant load of time into his lawn. Every day on my walk I saw Vic out there working on his magic lawn. When I say every day, I mean every day — for hours – working like a son of a gun with a cigarette stub hanging from his lips. Mowing. Trimming. Weeding. Clipping. Cleaning. Bending. Bagging. Pruning. I began thinking Vic maybe was a little OCD about his lawn. But in a good way.

Still, it had to be magic in there because it’s not like his neighbors, myself included, neglected our lawns. We put time into our lawns too, either time, or money in the form of a lawn service.  Be that as it may, nobody came close to having a lawn as marvelous as Vic’s.  Even dogs on leashes pulled their owners away to avoid any chance of an accidental deposit or a little schpritz. At least while Vic was around.

And then something happened that changed everything. Vic moved away.  As days and weeks rolled on, the magic that was in Vic’s lawn vanished.  Poof! Just like that.  Vic’s lawn looked bad, really bad. If Rip Van Winkle were a lawn, it looked like him. The grass was overgrown, straggly and messy. There were bald spots and brown spots, gnarly roots, humps and mounds.  It was littered with weeds, leaves and twigs. Gone too were the neatly shaved angles and lines. Since Vic left, maybe three owners have come and gone. But sadly, the magic never returned.

And then I realized something. This wasn’t a magic lawn. Oh, there was magic alright. But the magic wasn’t in the lawn. The magic was in Vic!

If Vic hadn’t been out there every day tending his lawn with an OCD-like passion, that lawn would have looked crummy like it does today with its third owner. The same way it looked with the second owner. What was the magic that Vic had?

I have found that the level of desire is a big deal when it comes to achievement. Although I admired Vic’s lawn and I would have liked a magic lawn for myself, there was just no way I would ever have chosen to put the time and attention into my lawn the way Vic did. Because why? Because my desire for a lawn that looked like Vic’s was not high enough to be all OCD about it like he was. I wasn’t committed to having a beautiful lawn enough to do the time or pay anyone to do the time it would have taken for a Vic-like-magical lawn.

My Royal Friends, if you envy something someone else has or has achieved, don’t immediately conclude that this person has, metaphorically, a magical lawn. Don’t automatically assume you can’t have what they have or achieve what they have achieved. Give yourself the grace of asking the question, “Do they have it because they have a greater desire for the magic lawn/great bod/better health/good grades/fine home/etc.?” That may not be the reason, but it’s worth asking the question.

The magic might not be intrinsically in some sort of innate talent or gift with which they were born.The magic might be in HOW MUCH THEY WANT THE THING and thus the desire brings them to really work at it. Maybe even in a way like Vic, coming close to a form of OCD: Often. Consistent. Determined. I reckon it boils down to whatever it takes, is what’s enough.

In life, if we believe we can’t do something because we think we don’t have the magic, think again. Think about Vic’s lawn.  And ask yourself– how big is my desire? Then make adjustments accordingly. That might change the landscape of everything.