Stranger on a Train: a lesson in love and getting what you want 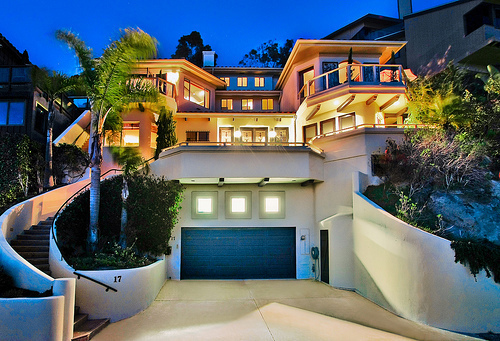 The other day I had an exciting meeting in New York City for one of my newest musicals. As my fairy godmother had a bit of static with her wand, the pumpkin refused to turn into a coach and I had to take public transportation.  I made a mad dash to the station. To my relief, the next train had not yet left.  I quickly hopped into the first car and took a seat, happy that luck was shining on me.

Right before we started rolling, a middle-aged man in a blue cap and olive-green jacket stood up in the front of the aisle. I didn’t know it then, but what he had to say would change my heart forever….

With a confident yet humble focus, he stated the following: “Folks, I don’t mean to bother you, but I would be so grateful if any of you would be kind enough to spare some money to help me get home to Long Island?”  He explained that the fare was $19.67 to get home. He had forgotten his wallet, and some nice lady had already given him part of the money.  He only needed $8.00 more to make the trip home.

For some reason, the guy’s story rang true. I fumbled in my bag and pulled out a twenty-dollar bill. When the guy started making his way down the aisle, I furtively signaled to him with my hand.  When the guy took the bill and saw it was a twenty, his eyes went wide and he momentarily stared at me in what seemed like disbelief.  I took his reaction for gratitude, as he immediately moved on without saying a word.

Later during the train ride, I thought about what had motivated me to give him money.  After all, there were countless times where I’ve encountered people on streets, trains, and stations asking for money and I’ve passed on the opportunity.  Most of the time it’s because of fear that when I stop to open my bag, I might get mugged. Other times it’s because of the script I’ve heard in the ethers that, “they’re just going to use the money for drugs and alcohol.”

If I could figure out what this guy did to motivate me to give him money, it might be useful knowledge for future productions of my shows.  What was it about his spiel that moved me to take action?

First of all, the guy was specific about the amount he needed, i.e., his “target goal” as well as the amount he had already “raised.” The ticket fare was $19.67. He only needed $8.00. Additionally, the target goal was reasonably possible, because he was partially there.   Thus, any money that I gave him wouldn’t be a waste. With our help, it was reasonable that he could buy that ticket home.  Also, he was specific about what my “donation” was going toward. He didn’t ask for money to help him generally, i.e., down-and-out money; he asked for money for a ticket.  He was the panhandler’s version of Kickstarter.

Additionally, he provided social proof. A “nice” lady had given money. The statement of that fact corroborated that someone else thought he was an appropriate beneficiary of our largesse.  He also fed us a nice little shame sammitch when he characterized that other lady as “nice.”  The converse of that is, if we don’t help, we are not nice.  I don’t know about you, but I don’t want to be a “not nice” princess.

Also, the story was resonant for empathy. The guy had forgotten his wallet. Haven’t we all forgotten our wallets at one time or another?  I had, and I could relate to the sinking feeling. Additionally, I was in an upbeat mood about my forthcoming meeting. Lesson there: Never pitch a deal on a rainy Monday.

I also imagine it probably wasn’t random that he started his pitch in the first car. One must assume that he was going to continue down each car, regardless of success or failure in the car before: Persistence. Finally, when he took the money, he moved on immediately. No lingering:  Momentum.

After I finished my “analysis,” I felt pretty good about giving the guy money. I figured that even if he was lying (which I was pretty sure he wasn’t) and even if he were going to use the money towards booze and alcohol, or to get his show off the ground, my “donation” was an even exchange for this great fund-raising lesson.

But it wasn’t an even exchange.  I later realized the lesson was worth much, much more….

My production meeting went great!   During our dinner, I mentioned what had happened on the train. We went into a soulful discussion about cynicism and how it sometimes holds us back from doing good deeds.  I blabbered on about trusting people as the default mode, going with your gut, and how my gut had said this guy was telling the truth.

When my meeting was over, I caught the next train home, looking forward to  returning to my palace. I hoped the guard was at the gate, for I had had a little too much bubbly and wasn’t certain I would remember the code.  Just as I settled into my seat, a middle-aged man in a blue cap and olive-green jacket stood at the front of the train and said, “Folks, I don’t mean to bother you, but I would be so grateful if any of you would be kind enough to spare some money to help me get home to Long Island?”

I was shocked. I couldn’t believe this was the same guy, with the same spiel, on the same day.  I felt like a total idiot for believing him. Trust my gut? Not without a Mylanta!  I fumbled in my bag, this time not for money, but for a cloth to wipe the big SUCKER sign that was stamped in bold letters on my forehead.

To make matters worse, a woman’s voice immediately barked over the loudspeaker: “Ladies and gentlemen, if anyone tries to ask you for money on the train, do not, I repeat, do not give it to them. This is a trick.”

I often talk about the power of sustained thinking. I’ve melted a tiara or two doing it, and this time was no exception.  A few weeks later, I realized I had gotten the lesson wrong.

I gave the guy money to show him that somebody cared.